Asia, EU, US are bullish on Bitcoin, Ethereum

Glassnode data examined by CryptoSlate analysts revealed that the number of Ethereum (ETH) wallets that hold over 32 ETH hit an all-time high (ATH), even though the participation rate is lagging.

The chart below demonstrates the changes in the number of ETH addresses that hold over 32 ETH since the beginning of 2018.

From July 2021 until December 2022, the number of addresses has been recording an increase and hit an ATH at 129,707. The previous ATH was recorded in late July 2020 at a close level to the current ATH.

CryptoSlate’s recent analysis also revealed that the number of all ETH addresses recorded a new ATH by reaching 1,4 million.

The participation rate is a metric that reflects the ratio between the number of blocks successfully produced and the total available slots.

The data shows that the participation rate has been lagging since the Merge, which took place on Sept. 15. With the Merge, the ETH network migrated to a proof-of-stake (POS) network from the proof-of-work (POW) one it previously used.

The chart below reflects the changes in the ETH participation rate since the beginning of 2021.  The all-time low for this metric was recorded in Dec. 2020, and the second lowest appeared in late October 2021.

While the participation rate has been more or less stable since then, a recent drop in the charts marked the lowest point for this metric since the Merge took place.

Despite the lagging participation rate, the number of active validators has been increasing steadily. The chart below shows the increase since January 2021. 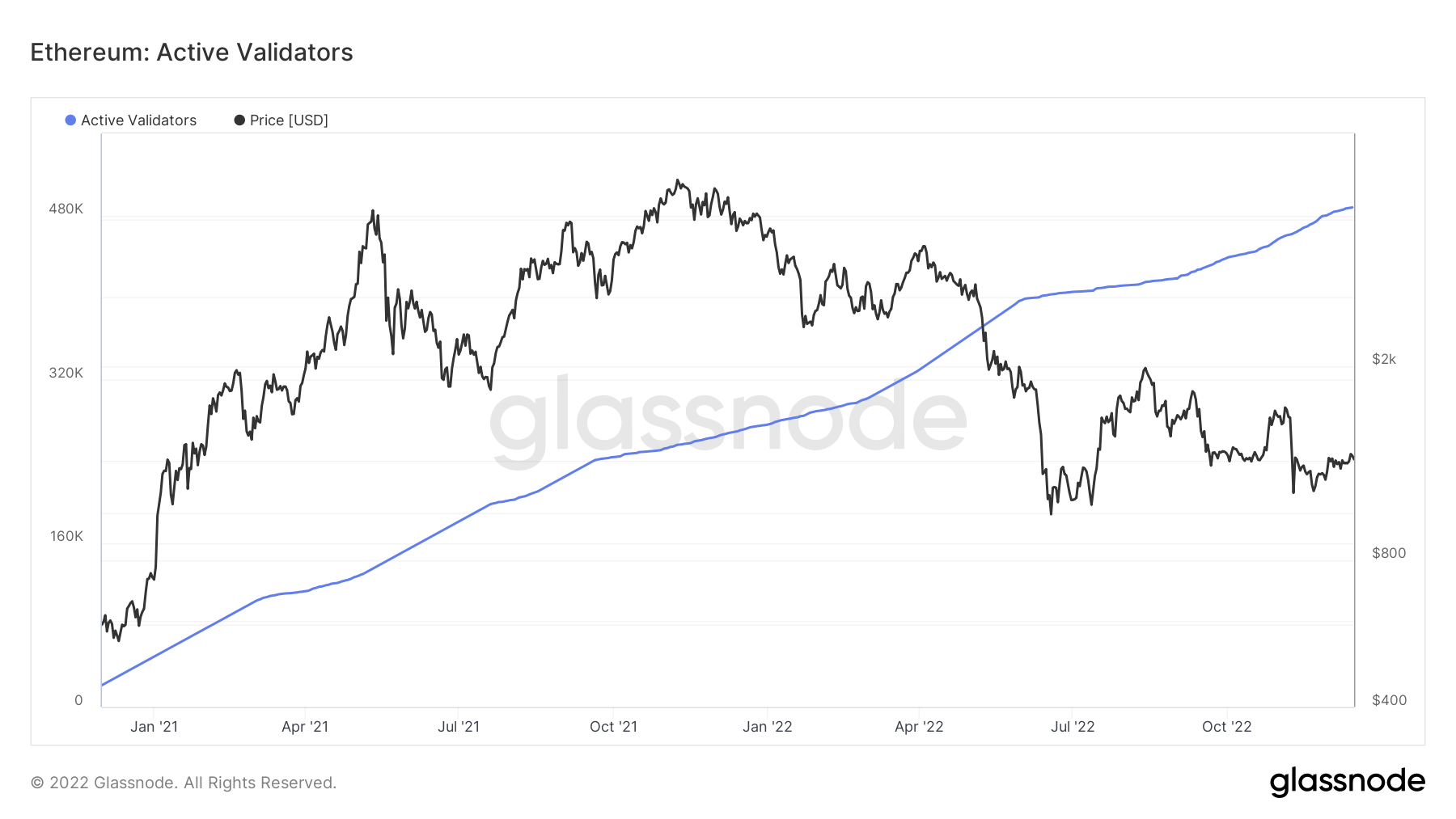 According to the numbers, there are currently 487,775 active validators on the ETH network. This number also marks an ATH for this metric.

Asia, EU, US are bullish on Bitcoin, Ethereum

Central Bank of Sri Lanka insists Bitcoin will not fix…