Bitcoin ownership is still growing among retail investors, with three million BTC holdings at present, while whale accumulation is declining, with the recent number around nine million, according to Glassnode data analyzed by CryptoSlate. 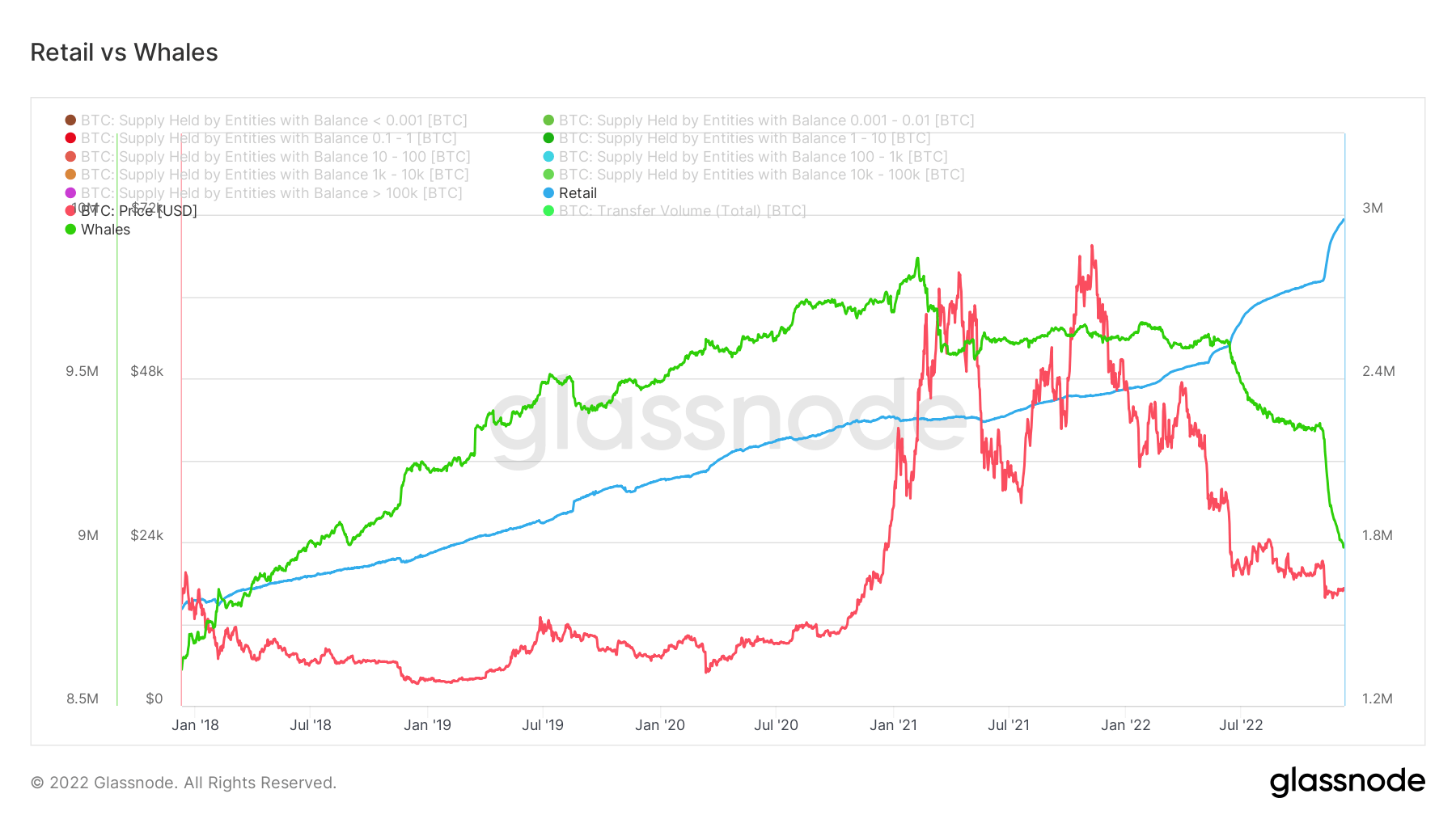 However, the space sustained several setbacks this year, including hacks, Terra-Luna’s collapse, and the FTX’s downturn, which came with a number of bankruptcies.

Even during the downturn sparked by Terra Luna’s collapse in May, investors continued to accumulate Bitcoin. Nevertheless, Bitcoin traded flat throughout Q3 as sentiment turned bearish in August.

Furthermore, Bitcoin holders holding less than 1 BTC and 1,000 BTC to 10,000 BTC entered an accumulation stage in late October. However, from mid-July onwards, those with more than 10,000 BTC have continued to sell.

This appears to be the third largest dump by Bitcoin whales in history based on transactions and accumulation, as outlined in an earlier CryptoSlate report,

Almost 80% of Bitcoin’s losses are due to whales

In response to the Terra-LUNA and FTX crisis, Bitcoin whales have sold around 365k BTC, following on-chain data from CryptoQuant. 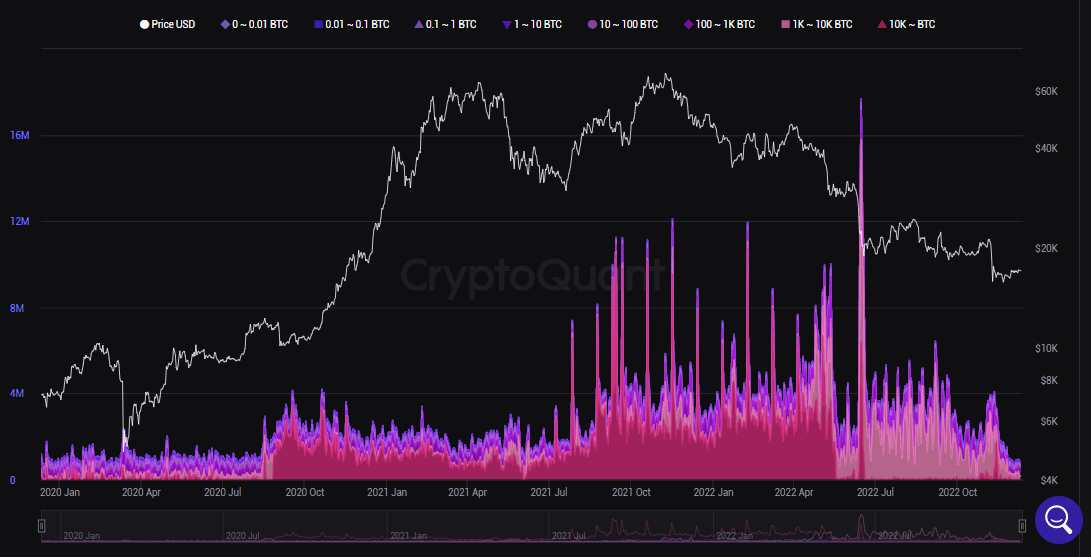 Further, on-chain data indicate that whales holding 1k-10k BTC got rid of their BTC holdings throughout the miner capitulation phase until November. Whales have been responsible for almost 80% of the Bitcoin selloff since June.

Although BTC’s price stands at $17,004, small investors are still accumulating. As of November 28, retail has added 96.2k BTC to its holdings since FTX collapsed, an all-time high.

This cohort now now hold over 1.21M $BTC, equivalent to 6.3% of the circulating supply.

The number of Bitcoin addresses has spiked to its highest level in recent times, according to Glassnode.

Following the collapse of FTX, #Bitcoin investors have been withdrawing coins to self-custody at a historic rate of 106k $BTC/month.

With the collapse of the world’s second-largest crypto exchange, FTX, more Bitcoin investors are gradually moving their holdings to self-custody solutions due to diminished trust in exchanges.

Bitcoin exchange outflows have reached 106,000 BTC per month, close to historic levels, according to the analysis platform.

Bitcoin exchange outflows generally indicate that the cryptocurrency will be held for a long time. This appears to be a consequence of a decline in trust in centralized cryptocurrency exchanges too.