The prices of  NASDAQ and Gold have plummeted after the Fed’s latest 0.75% interest rate hike.

Meanwhile, BTC is up 0.55% during the same period. According to this, BTC is in roughly the same position as stable assets such as Gold and even doing better than “safer” assets such as NASDAQ.

The Fed’s Stance on the recent hike

Fed has taken a Hawkish approach so far, aggressively fighting inflation and attempting to bring inflation back to 2%. The Federal Reserve stated in a press release:

“The Committee seeks to achieve maximum employment and inflation at the rate of 2 percent over the longer run. In support of these goals, the Committee decided to raise the target range for the federal funds rate to 3-3/4 to 4 percent.”

As expected, the U.S. Dollar Index (DXY) surged after the 75 basis point increase. 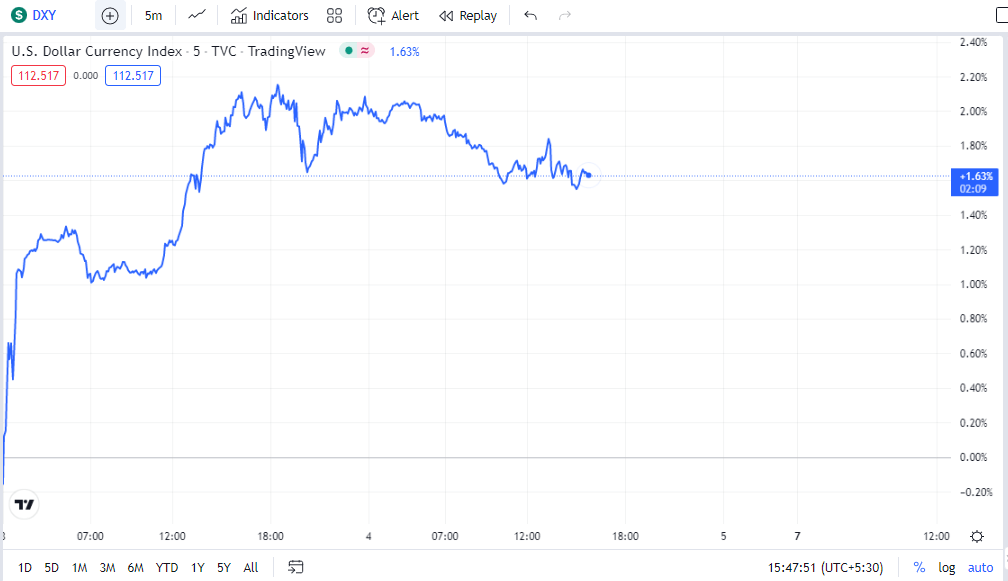 Still a Long Way to Go

Fed Chairman Jay Powell said there is still a long way to go in the battle against inflation. He said:

“We still have some ways to go, and incoming data since our last meeting suggests that the ultimate level of interest rates will be higher than previously expected.”

He said, arguing that it is too soon to discuss suspending hikes. This means it is unlike that the Fed will back off on raising rates as long as inflation persists.

BTC is doing well than other assets

Despite inflation spooking markets worldwide, Bitcoin continues to perform exactly as it was designed to. As long as current trends continue, the world’s most valuable cryptocurrency should see increased demand. Moreover, considering that supply growth is limited, this price increase should outpace inflation.

The words of MicroStrategy’s Executive Chairman Michael Saylor supported this assertion with proof. During MicroStrategy’s third-quarter earnings call, Saylor said Bitcoin is winning, and his firm has benefited positively from it.

Saylor described how BTC has rallied 72% since August 2020; during that period, NASDAQ only went up 15%, while Gold dipped 19%. This submission reflects the impressive growth BTC has acquired over the years, despite suffering a recent dip due to the prevailing bear market.

Another $2B worth of Bitcoin withdrawn from Coinbase over weekend