Top 4 stablecoins gaining market dominance despite stagnant growth since May

The top four stablecoins — USDT, USDC, BUSD and DAI — recorded exponential growth throughout 2021 and the first three months of 2022, reaching a peak market cap of $160 billion. However, growth hit a wall in May, when Terra LUNA collapsed, and the collective market cap of the top four is down a significant amount.

Tether’s (USDT) market share stood at 90% n 2020 but has since called to roughly 50% as other stablecoins gained ground in the industry. The chart below shows the top four stablecoins by their market shares since the beginning of January 2020. 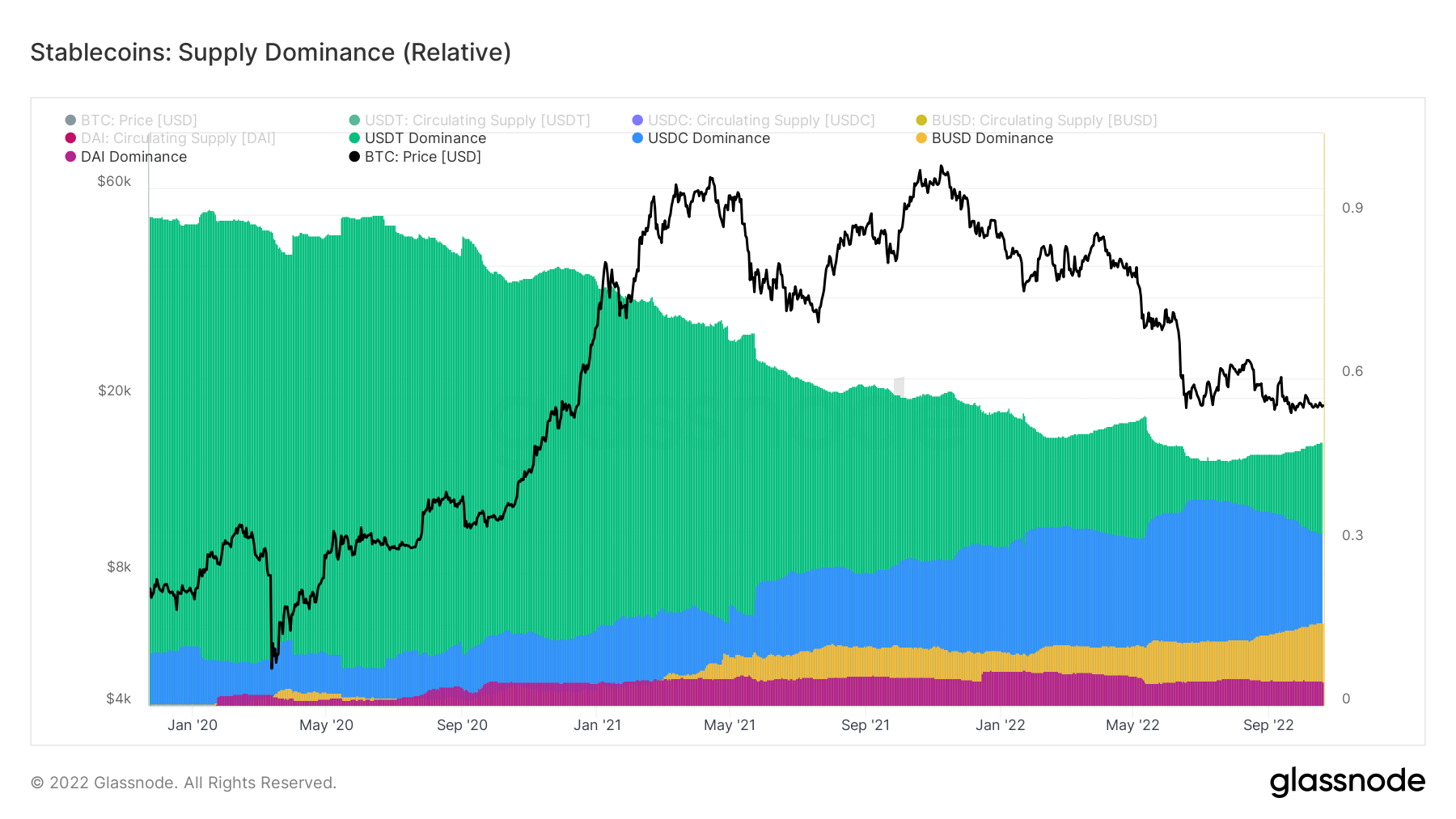 In early 2020, USDT claimed over 90% of the stablecoin market share, while Circle’s USD Coin (USDC) claimed the majority of the remaining 10%.

However, as of October, USDT’s market share has fallen to roughly 50%, with USDC and Binance USD (BUSD) making up most of the remaining majority.

Stablecoins have been steadily leaving exchanges since May, with only brief periods of respite between August and September. 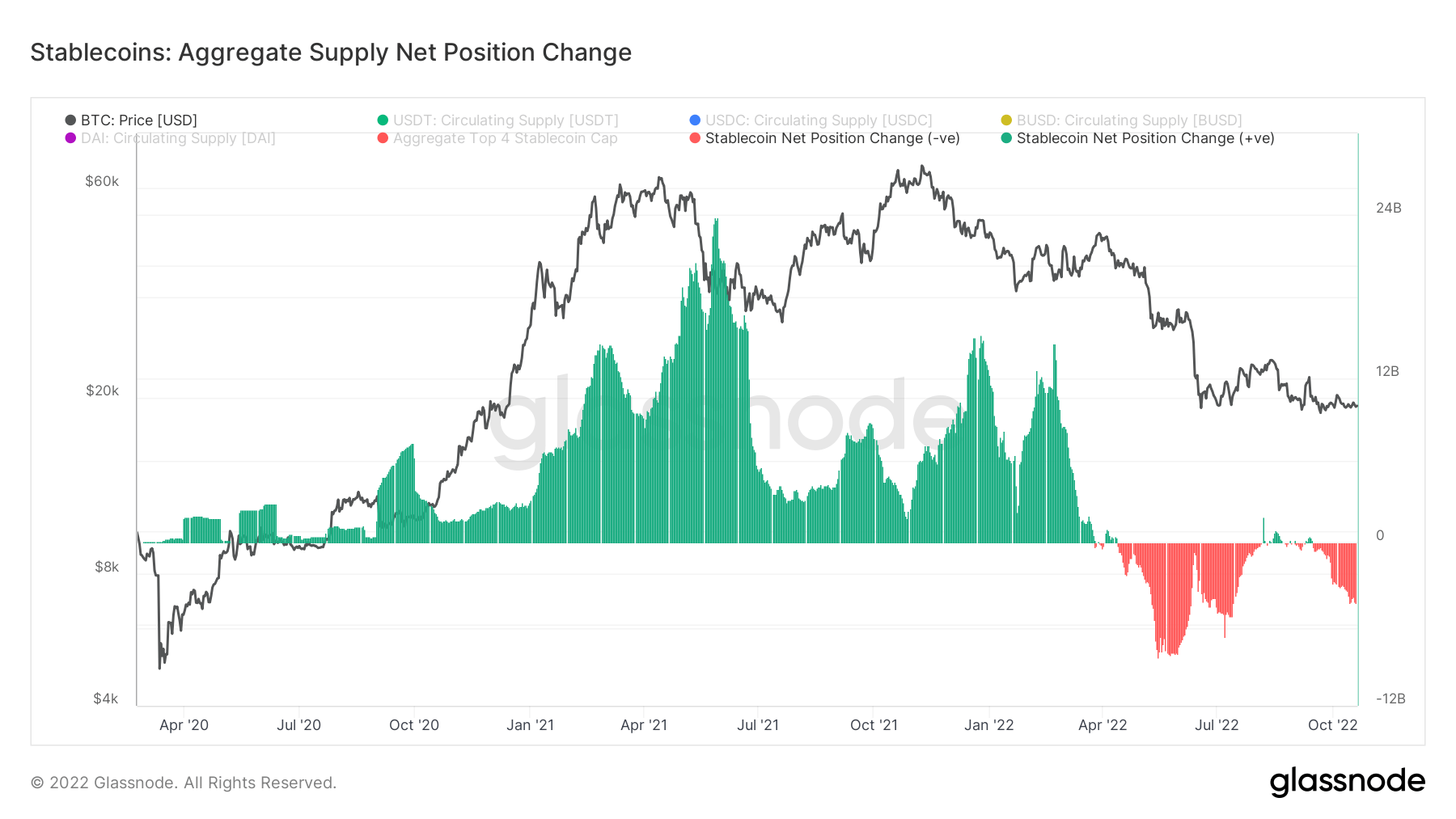 Stablecoins leaving exchanges usually means they are being sold for fiat to meet debt obligations or being moved into a different asset class as investors lose trust n crypto.

Ethereum’s (ETH) dominance over the top four stablecoins has been on a downtrend since May, with stablecoins becoming more dominant n June — when ETH hit its lowest price for the year. 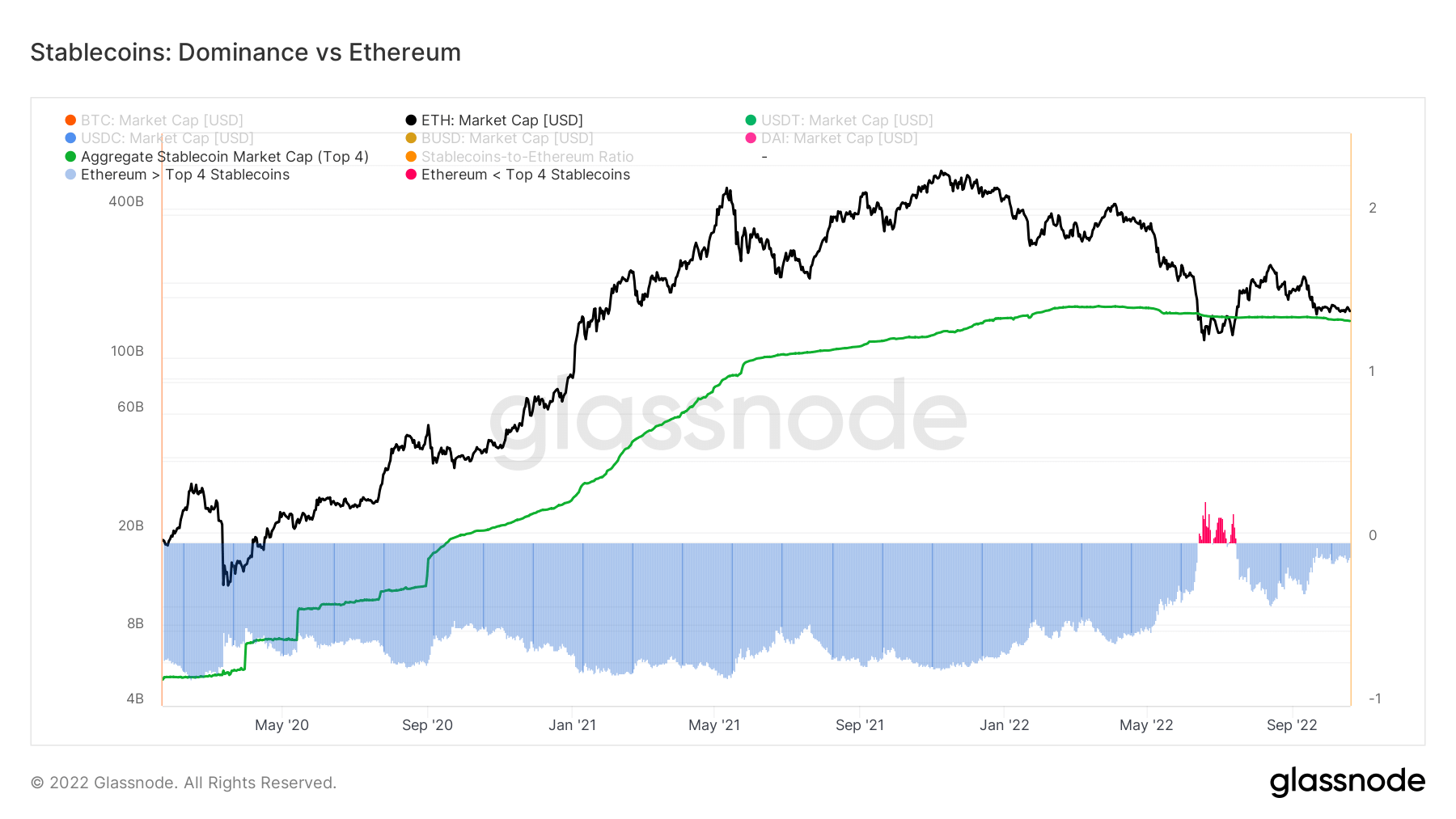 The top four stablecoins claiming dominance at such a period indicate that investors were inclined to exchange Ethereum for stablecoins in an effort to protect themselves.

After the loss of confidence caused by the collapse of Terra’s algorithmic stablecoin, this turn towards stablecoins is a positive development in restoring trust.

Wintermute CEO argues Crypto Twitter “doesn’t matter” as much as “US regulators, politicians” in response to SBF discourse

Decentralized stablecoins are pitched as crypto’s holy grail, so where are…

Mid-cap tokens outperform Bitcoin over past 7 days as BNB…